Cisco (NASDAQ: CSCO) is often considered a slow-growth mature tech stock, yet it rallied more than 20% as the S&P 500 rose just 3% this year. Let’s discuss why Cisco’s stock outperformed the market, and whether or not that momentum will continue next year.

First and foremost, Cisco’s revenue and earnings growth cleary improved over the past four quarters.

Cisco’s full-year revenue rose 3%, and its earnings grew 9%. Analysts expect its revenue and earnings to grow 5% and 15%, respectively, this year. That’s an impressive growth rate for a stock that trades at just 14 times forward earnings.

How did Cisco turn things around?

Cisco’s growth might seem surprising since the company still generates most of its revenue from networking routers and switches.

Cisco still controlled over half of the ethernet switch market during the second quarter of 2018, according to IDC, but its share of the high-growth 25Gb/50Gb/100Gb market fell to 34.6%, compared to 41.2% a year earlier. Cisco’s shares of the service provider and enterprise router market also fell from 41% to 35.7%.

Those declines are reflected in the anemic 2% growth of its Infrastructure Platforms revenues (which accounted for 57% of its top line) in 2018. Sales of Cisco’s traditional routers remained weak, but it offset some of that weakness with stronger sales of switches in the enterprise campus market, its Meraki and Wave 2 wireless products, and its servers and HyperFlex products for data centers. 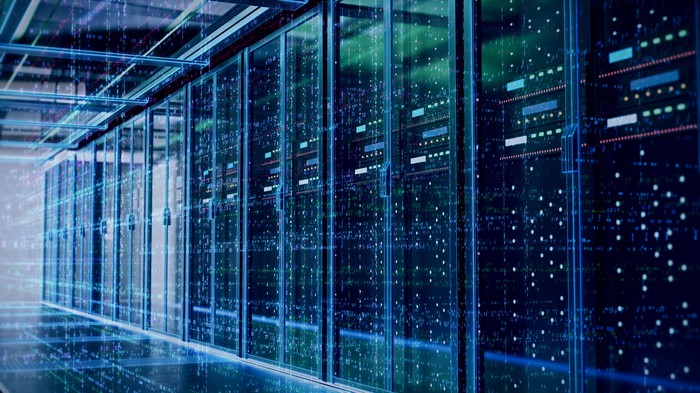 That gradual shift — which was supported by Cisco’s expanding ecosystem of security, collaboration, and other software services — locked in customers and widened its moat against aggressive challengers like Arista Networks (NYSE:ANET).

Arista is often cited as a disruptive threat to Cisco, since it sells cheaper switches optimized for networks that run on its open-source cloud-based OS. IDC reports that Arista’s share of the switching market rose from 5.5% to 6.6% between the second quarters of 2017 and 2018, with 100Gb switches accounting for nearly 60% of its revenues.

Despite that competition, Cisco’s deferred revenue — a key indicator of its future growth — continued rising over the past year. This indicates that Cisco remains the “best in breed” player in the crowded networking market.

But here’s the biggest catalyst of all…

Cisco’s core businesses look solid, but the biggest catalyst for the stock in 2018 was likely tax reform. The drastic reduction of taxes on repatriated cash allowed Cisco to bring about $67 billion of its overseas cash back home.

Cisco earmarked most of that cash for buybacks and dividends, which will further reduce its valuations while boosting its yield. Cisco returned $23.6 billion to shareholders in fiscal 2018 (which exceeded its free cash flow, but was covered by its repatriated cash), which included $17.7 billion in buybacks and $6 billion in dividends. Cisco’s forward yield of 2.9%, combined with its low P/E ratio, makes it a reliable income generating stock in a wobbly market.

Looking ahead, Cisco can use some of its repatriated cash to buy additional domestic companies to diversify away from routers and switches. Cisco bought four companies in 2018 — Skyport Systems, Accompany, July Systems, and Duo Security — with Duo being the biggest purchase at $2.35 billion. Tapping its repatriated cash would let it acquire much larger companies — and rivals like Arista and Juniper Networks, as well as cybersecurity firms like FireEye, look like tasty targets.

I believe that Cisco’s turnaround has just begun, and investors haven’t felt the full impact of its repatriated cash yet. Therefore I think this mature tech stock should climb higher and remain a reliable investment for years to come.