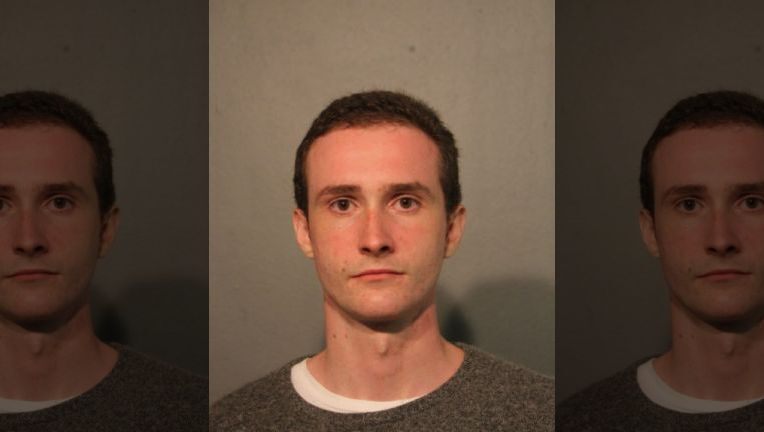 CHICAGO – A man has been charged with setting a Chicago police vehicle on fire in downtown Chicago during protests over the Minneapolis police killing of George Floyd in May.

Jacob Fagundo, 22, is charged with four felony counts of arson, according to a statement from Chicago police.

Fagundo, who lives in Rogers Park, was seen setting the CPD vehicle on fire May 30 in the first block of East Kinzie Street, police said.

He recognized himself in surveillance images of the incident distributed by authorities and turned himself in Wednesday night at the Area Three detective headquarters, 2452 W. Belmont Ave., police said. He’s expected to appear in court for a bail hearing on Friday.

Multiple police SUVs were vandalized or set on fire May 30 as protests downtown turned violent, prompting Mayor Lori Lightfoot to impose an overnight curfew in the city that lasted several days.

Another man, 31-year-old Timothy O’Donnell of Pilsen, was previously indicted on federal charges accusing him of torching a CPD SUV that same day while wearing a Joker mask.

State officials estimated that looters and vandals caused $20 million worth of damage across Cook County.